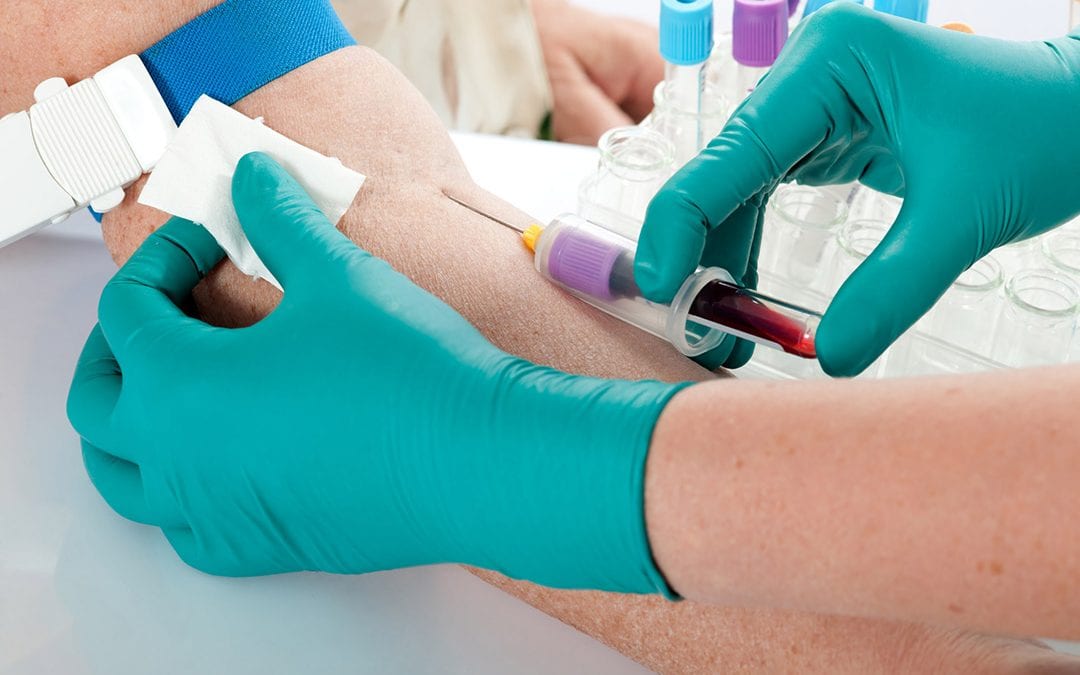 What My Latest Blood Test Revealed

So back in January 2018 I had a kick up the bum by my doctor, I wrote about it here and decided well, you know what, it’s time to make a bit of a change for the better.

Coming off the back of a fairly intense Christmas, you know the usual overindulgence in food, alcohol and everything else that comes with the end of year wind down. Probably not the best to go to the doctor’s for a check up :(.

So, my doctor told me in no uncertain terms that I had to lose some weight, get a bit more active and drop around 10cm’s at least from my waist and 20kgs of weight. (I thought thought to myself I hadn’t weighed just over 80 kgs since I was a teenager.

Anyway, I knew I had given it a nudge and I was “going to do something about it” early in the new year, but hearing it from “Mr Cranky Pants” seemed to sink in.

A Little Bit About My Rare Blood

I have been aware of a blood condition called Hereditary Spherocytosis for around 18 or more years and in a nutshell that means I have round blood cells. Apparently only 1 in 5000 people are born with this condition.

“Hereditary spherocytosis is a condition that affects red blood cells. People with this condition typically experience a shortage of red blood cells (anemia), yellowing of the eyes and skin (jaundice), and an enlarged spleen (splenomegaly).”

Another side effect is fatigue and most people with it have gall stones, black ones with jagged little spurs on them. So I happened to tick all of those boxes, yay, lucky me! Not.

I had my gall bladder removed in October 2014 via keyhole surgery, my surgeon apparently had a rather large key. He informed when I was coming to, that there was a slight complication and my gall stones, which had spurs on them, caused the gall bladder to tear.

So, he had to go to plan B and do the big cut and whip it out ASAP, I’m just glad he had a plan B and I’m still here.

Because of the Spherocytosis the Doc likes me to have fairly regular blood tests to keep an eye on things. Another observation is Gilbert Syndrome which basically means I am producing far too much Bilirubin.

The normal range is between (4-20), mine has been around 80-84 for many years so I’m producing at least 5 times more than I should be.

This all ties in with Hereditary Spherocytosis and having an enlarged spleen. The spleen is pulling out my red blood cells prematurely and constantly, resulting in excess by-products of the liver and a high Bilirubin count.

Sorry, I couldn’t really shorten that much more to describe what’s been going on, probably missed a little bit too, so what now? Well this is where I got a tad excited.

Getting Healthy On The Inside

After putting up with wacky readings from my blood tests for many years, I was about to get a big surprise.

My latest blood test results revealed something my doctor and I haven’t seen before. Most of my readings came in bang on the acceptable range. He said My blood was normal. I’ll say that again – My Blood Was Normal. Did not see that coming.

My red cell count came in only just under the lower end but significantly higher than previously. I’m wondering if this is having a positive effect on the Spherocytosis, certainly feels that way.

My hematocrit (test measures the proportion of red blood cells in your blood) is right on the lower end of acceptable range, once again much higher than usual for me.

My Haemoglobin (Low haemoglobin levels usually indicate that a person has anemia} is well into the average range now, it was way down but not anymore.

My Cholesterol is around 2.6 – 2.7 and that doesn’t change much from year to year so no problems there.

So What’s The Big Deal

Well when the Doc is looking at the latest results on his computer screen and says “Óh My Gosh” I’m sort of thinking, crap what’s he found now?

He looks at me and says “What have you done…. Your blood is normal, what did you do”

At that moment I seriously could have shed a tear, after 20 months of eating pretty good, cutting out most of the alcohol, exercising most days (even just a quick walk when time is short) I could see changes that I couldn’t see.

Does that make sense? Let me explain.

Back in January 2018 when things “had to change“, I could have quite easily said to myself I’ll start tomorrow, but that would have been my biggest cop out of my life.

Instead, with the company of my wife, we started with a little bit of walking, just around the block at first for about 10-15 minutes or so.

The old Doc did say I had to walk for 30 – 40 minutes every day but I could have a rest on Saturday and Sunday. So, that’s what we aimed for.

Now if we don’t go for a walk it feels like we get withdrawals and missed out for the day. Quite a weird feeling to have. 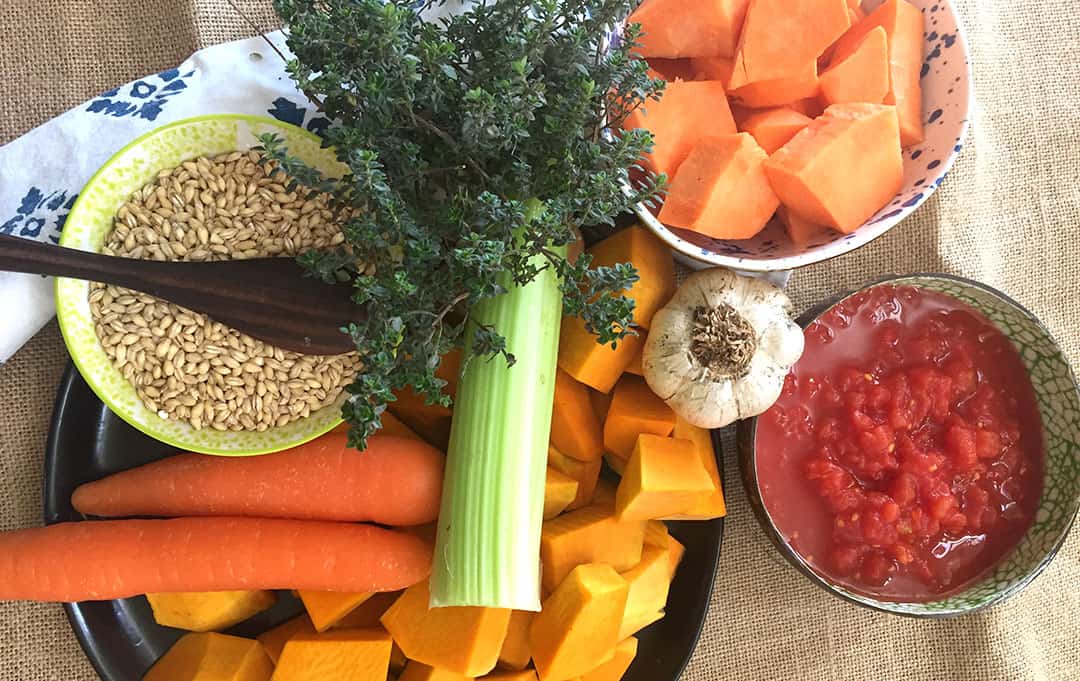 Diet was a big factor. We thought we ate reasonably well but looking back now we did pack a fair bit of rubbish into our diets.

We embarked on what seemed like an impossible journey fighting the many cravings that overpowered our taste buds.

We both had quite a sweet tooth and did enjoy our little treats, you know, the cakes, the chocolate, the sweets, I think we were kidding ourselves thinking we deserved a sweet treat.

Don’t get me wrong, we do have a sneaky little treat maybe a couple of times a month but the longer the journey goes, the less we feel we need it.

The last time we indulged in a cake from the bakery, I suffered from a serious food coma and hit the lounge for about 2 hours, I hadn’t felt like that for a very long time.

That is the feeling that I hate and I know Sony does too so avoiding it is almost second nature now and the thought of it is enough of a deterrent now.

Chocolate is another delight that is hard to eat now. Within almost a half hour I start to get a mild headache, so I like to way up whether the prize is worth the pain.

The beers have all but stopped now. I might have a beer once a week now and I do mean A beer. The second one seems so hard to get down. Don’t get me wrong, if the environment is right, I still know how to party, a little bit anyway.

Bread, Rice and pasta has been greatly reduced from our menu now. Sony mostly only eats gluten-free bread now and I still like a sourdough toast at breakfast.

It’s very rare to have a sandwich or bread roll for lunch now. Honestly the thought of tucking into a bread roll is the furthest thing from my mind.

I do like have a wrap for lunch with whatever salad is in the fridge. Add a piece of salmon and some sriracha sauce and that’s pretty much my go-to.

The last time we had pasta it wreaked havoc on my bowel and gave my wife some serious brain-fog. We are both to scared to tuck into a bowl of Spag Bol now so we just tend to avoid it altogether.

We do have a saviour in the rice department though, Cauliflower rice is the new go-to. W have recently been experimenting with other veggies in there as well. My current fave is Cauliflower and Cabbage rice made to perfection in the Thermomix.

The Thermomix is a seriously impressive machine and well worth checking out, it’s something we’ve talked about for a couple of years now and finally took the plunge, but that’s another story for another day.

We are still cutting out teeth with this kitchen gadget but the more familiar we become with, the more we realize the capabilities of this smart appliance are.

We will keep experimenting with it and let you guys know what we find, it’s been pretty good so far.

So, after slowly changing old habits to new healthier one’s, the way we both think has changed too.  Our attitude towards what we eat and do has become what Sony refers to as the “New Normal”.

If I look back a couple of years to before we even thought about going down this road, there is no way known to mankind I would have contemplated this change in direction, let alone thought it was even going to become a reality, or possible.

The truth is now it is fairly well ingrained into our minds and going back is basically not an option anymore. It has been a hard slog at times but I think we are over the worst of it.

I’m not going to say that I won’t have a pie or a cake or some ice cream, even a beer because as Aussie’s we celebrate most activities with food and drink and are constantly exposed to these almost daily.

It does mean being sensible about when and how much we do it. Listening to my head and not my stomach is much clearer now.

As a child growing up, we never wanted for anything. Dad was larger than life (those that knew him will certainly agree), and food and grog played a huge part in our lives.

He wouldn’t bring a pack of lamb home, he’d bring about 3 or 4 whole lambs, freshly butchered by the Cowboy out at our farm at Wagga (man they were the most tender succulent lambs I have ever eaten too). 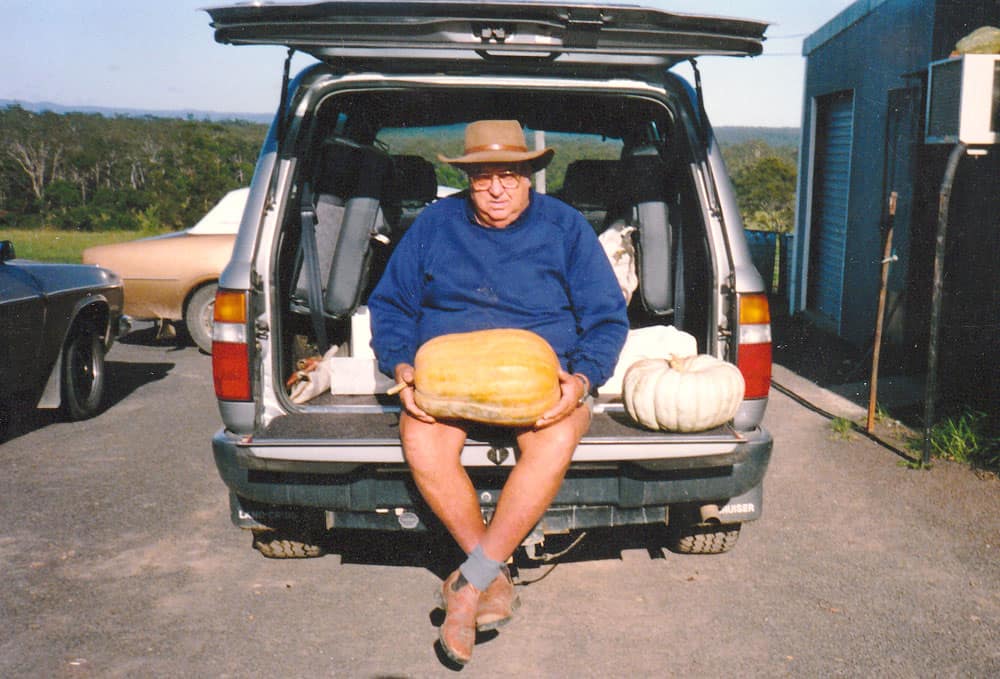 Being a sucker for tasty food, this was all too much temptation for me and going back for seconds and thirds was quite the norm.

As you can imagine, doing this for the first 20 odd years of my life led to some distorted ideas and beliefs about food.

Eaten food and stopping when I felt comfortable wasn’t an option. If it tasted good, I would keep going back until I couldn’t fit anymore in.

Apparently, this was “normal” behaviour, at least I thought it was. Truth was I was a glutton and never knew when to stop.

So, when the decision was made to get healthier and lose some weight, albeit around 30 odd years later, I knew I was going to be in for a huge challenge and getting into the right headspace was the key to success.

Getting In The Right Head Space

So I said to the old girl that if this was going to be achievable I wasn’t going to do a “fad diet” as other times I tried this I lost weight and felt healthier but it wasn’t sustainable. After it was finished things went back the way they were. ( I think we can all relate to that).

I decided to basically list all the rubbish that was consumed daily and then work out what to cut back, how I was going to do it seemed to follow suit without too much thought.

I’m going to finish this post up here and continue the journey with another post, Part 2, as I think there is still a bit to talk about and this one’s already dragged on a bit.

So, thanks for reading this far and part 2 will be along real soon.

Hey why don’t you even sign up for out Freebies over here and get on our list and we can send the second post direct to your email.