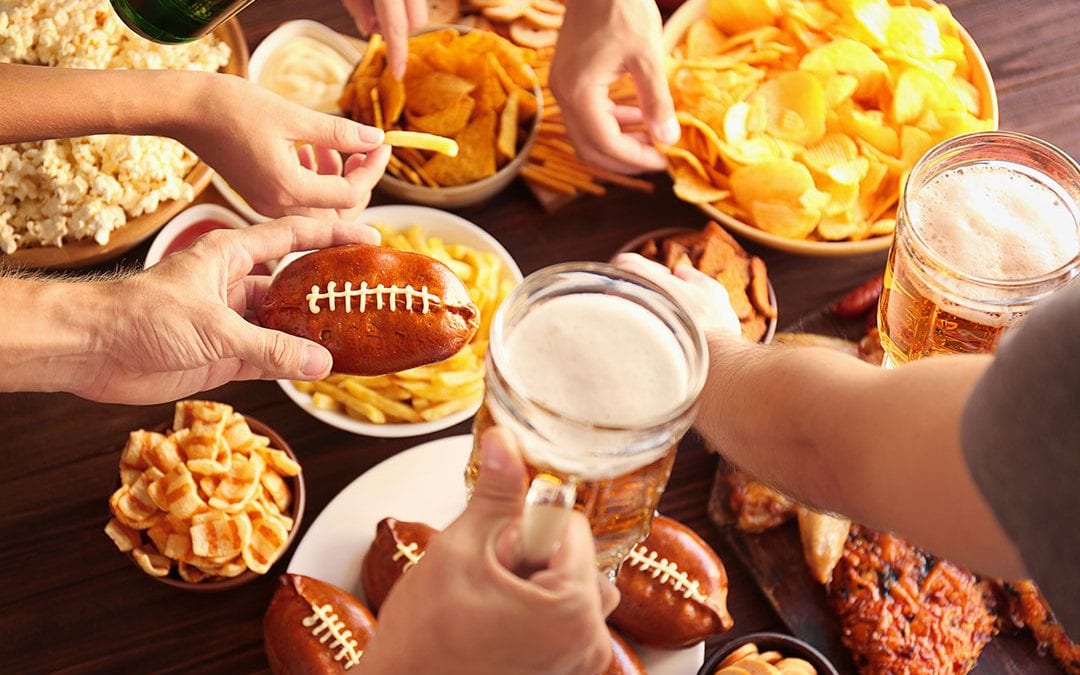 How Were We Improving Lifestyle Changes For Health?

Carrying on from my previous post here are some of the things that had to change. 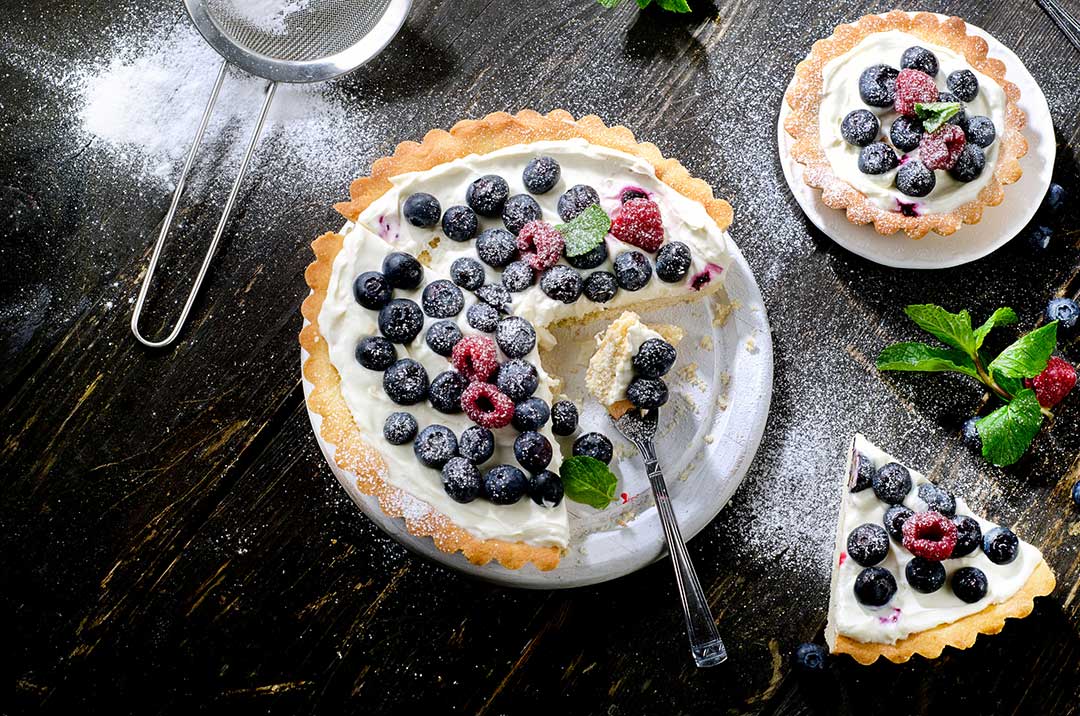 The first few things were quite easy to pinpoint. Soft drinks, cakes and lollies. They all contain massive amounts of excessive processed sugar that we don’t need.

Let’s start with the cakes. I guess I had developed a sweet tooth as a child, there were always some sweet treats hiding in the house somewhere.

I remember as a kid dunking Chocolate Cream biscuits in my cup of tea, seriously good fun by the way but 4-5 of them in a session probably not the best idea.

This was a pattern that never really stopped as I grew up, it was probably more of a reward as I got older. Basically, any bickie with cream in the middle, Monte Carlos’s, Shortbread Creams, Kingston’s they were all good. Oh, Scotch Fingers were a hit too.

They had to go. Another thing was the cakes. How easy to call into a bakery and grab and Apple Pie with Cream, Apple Turnover, Vanilla Slice, all things that I thought I “deserved”.

Oh the lollies, strawberry creams, snakes, mint leaves, mmm they were so good.

Don’t get me wrong, these things I am listing here weren’t a daily thing, but they were enough to have an impact on my health, oh and my figure.

I figured, start cutting these out and the weight should start to slide. I wasn’t thinking too much about what other benefits I may get along the way. 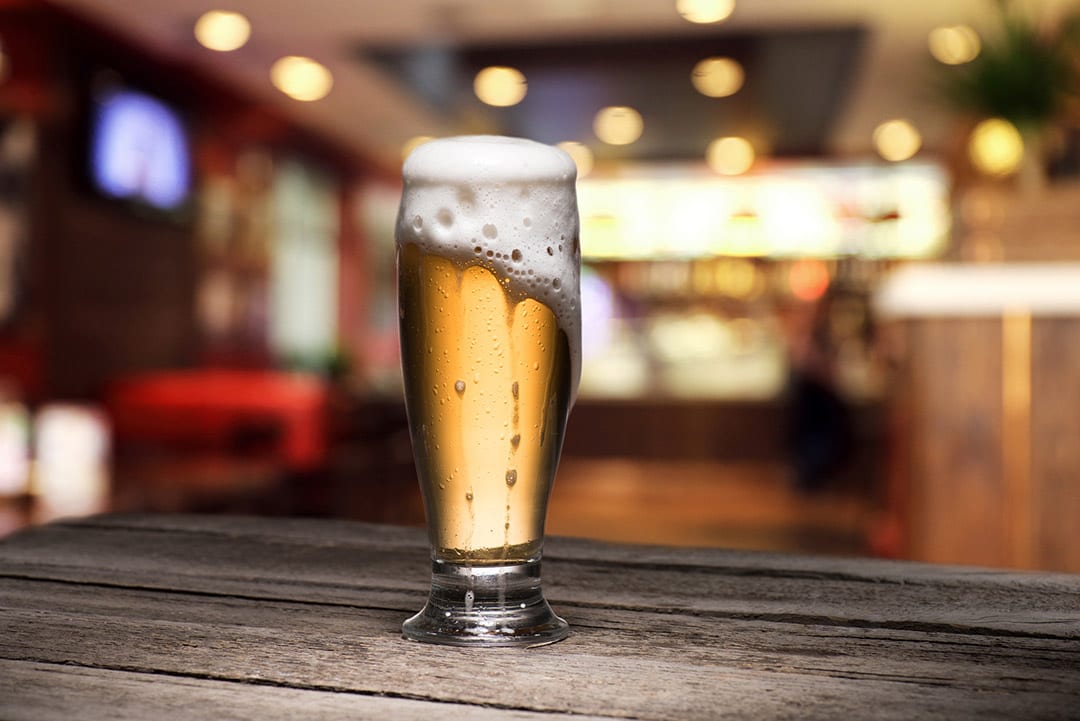 Like any Aussie, beer and the outdoors become part of life, it’s just who we are, but after more than 35 years I guess it was time to take a look at myself.

I never thought I had a drinking problem but then again, we never do. I wasn’t a 10 schooner a night guy but depending on the time of year, 2-3 night with the odd night off could be considered “normal” and thats not counting the weekend or playing golf. Yep, the 19th holecan be a real trap.

I think summer time was on the higher end of the scale because… well, the first couple didn’t really touch the sides, hey. That’s what I told myself anyway.

Finish the night off with some Bourbon and Coke and I was just about ready for bed. I look back now an find it hard to think this was considered normal behaviour, especially over Summer.

Well that had to change and fast. Christmas 2017/2018 was a big one and cutting back was already in the back of my mind, I just needed that kick up the bum. 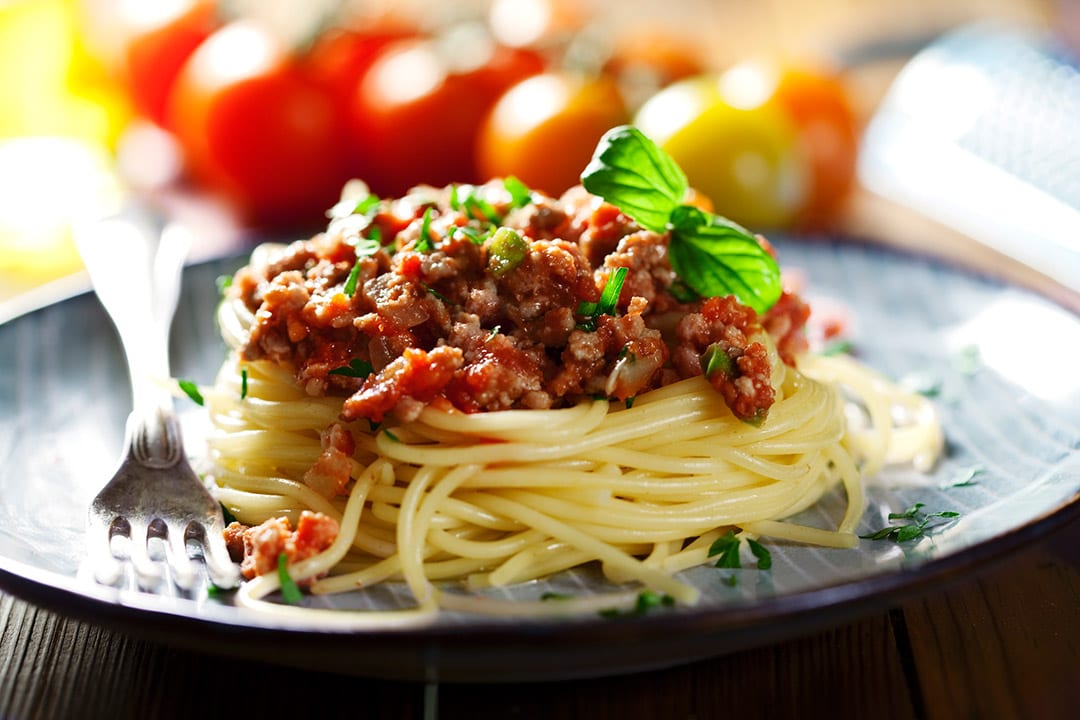 The carbs, mainly rice and pasta, became a fairly regular event at dinner time in our household. I think more than anything it was the ease and convenience.

How quick is it to knock up a Spag Bol or a Thai Curry? Pretty quick at our place and over time when the kids were growing up, we all found a couple of dishes that we would all like.

I guess with a family, speed and convenience is high on the list of priorities, so these types of quick dinners were a hit.

I was still a meat and 3 veg kind of guy but there were other people that needed to be fed too.

I wasn’t aware earlier on that eating excessive carbs can lead to weight gain, type 2 Diabetes and brain fog among other things.

Overall, it was a good decision to limit the carbs we ate, we haven’t stopped totally but cut way back. Hey, our new go to rice replacement is Cauliflower rice and after your taste buds adjust it just tastes better.

As for pasta maybe once a month we may have some but then it is mostly gluten-free pasta. Cutting out the pasta really seems to have removed that brain fog kind of feeling. 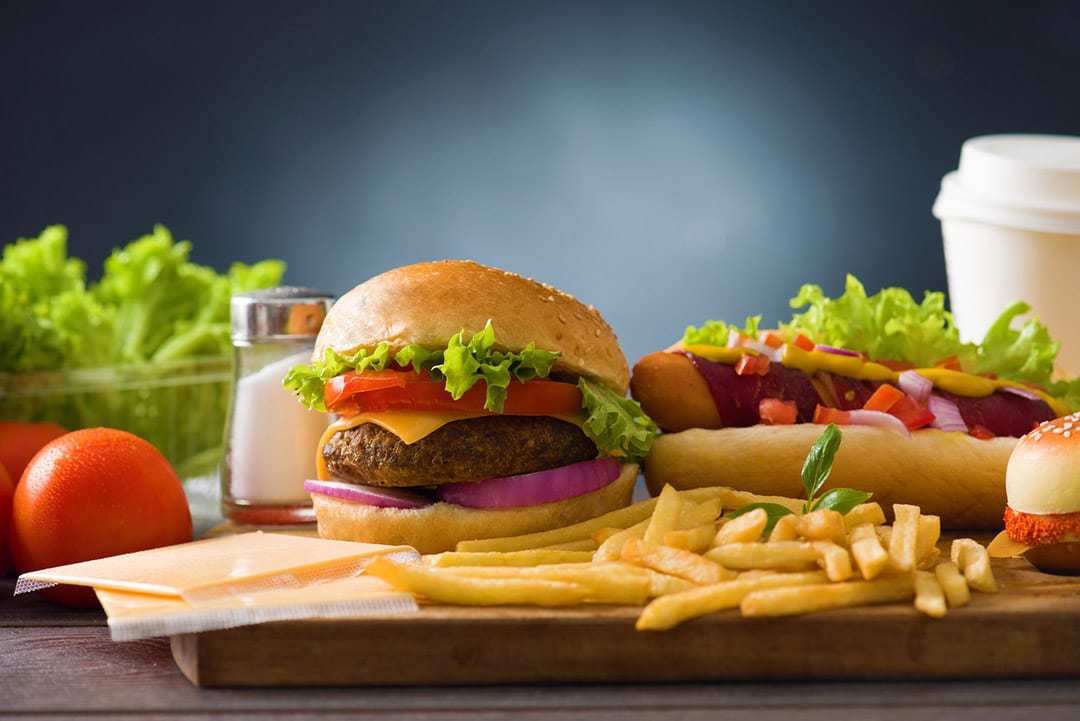 They don’t call them that for nothing. Fast foods are for when we are in a hurry which is like, all the time.

So, as a Tradie, fast foods seem to go hand in hand. How often do you see a tradie at the Bakery grabbing a pie and soft drink? Quite a lot hey. We just have to be somewhere else, so smoko and lunch is made easy with fast food.

Someone says I’m going down the shop to grab a ………whatever, and before you know it you asked them to grab a cake or a pie for you. Let me try and explain.

This is a true case here BTW. You have packed yourself a nice lunch and are working with a particular bunch of guys who enjoy having Pieday Friday pronounced Piedee Fridee .

Yep it’s Friday and you have told yourself “Nup, I’m not participating today” so with all good intentions you are brought crashing back to Pieday Friday because they gave you a niggle about it.

Yep the old Pieday Friday strikes again. Really the only person to blame was myself, I didn’t have to participate but I weakened and missed out on a healthy lunch for a not so healthy alternative.

I was the only one to blame here because I was as week as…….. well I had no will power. I knew I had to change this to succeed.

And don’t forget heading through town and whipping into Macca’s for a nice dose of grease on a bun, Yummo at the time but not so much now. 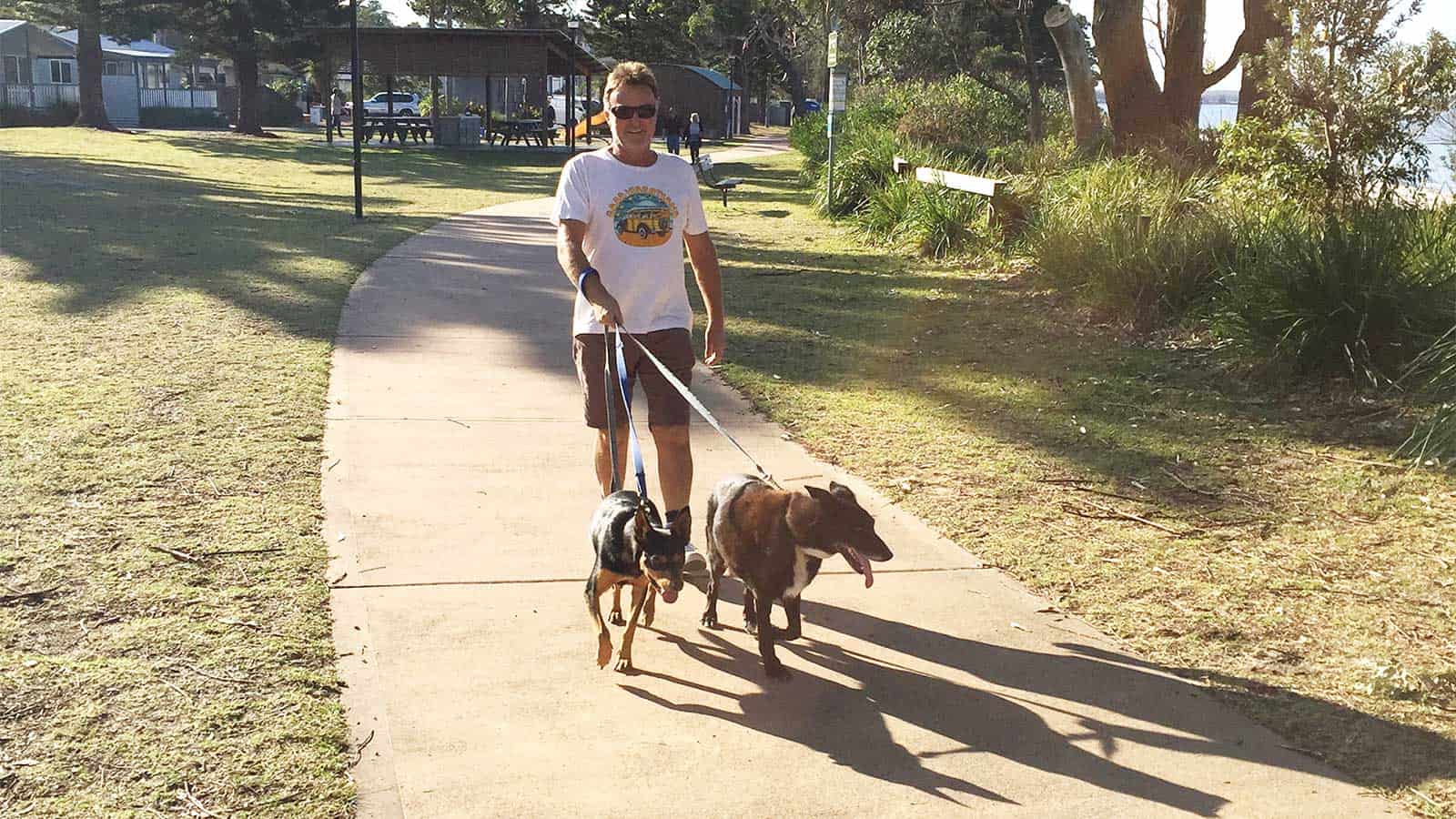 So what about getting off my bum and getting moving a bit. Oh yeah, the dreaded exercise thing that we just seem to have no time for.

You know what, an old builder I used to work for always said “You’ve got to make time Herbie”. Easier said than done Ronald Francis, well that’s what I thought, but he always said we have the same 24 hours in the day, JUST MAKE TIME.

So, exercise was about to become part of our day. Not a lot at first, just a quick walk around the block going a bit further every couple of days.

Now it’s a habit which has become so ingrained that we feel a bit lost if our day starts without it. I always find it hard to focus if I haven’t been for a walk in the morning, it just seems to clear the head and set the day up for a positive one.

I can watch the sun rise over the water a thousand times and for some reason they keep getting better and better, just wish I would stop taking so many photos of it, oh well.

Another thing that helps set the day up is listening to and watching all the little critters along the way. The birds, the dogs, the marine life, the same old faces you pass each day, it feels like food for the soul. You really should try it some time and no apoligies if you get hooked. 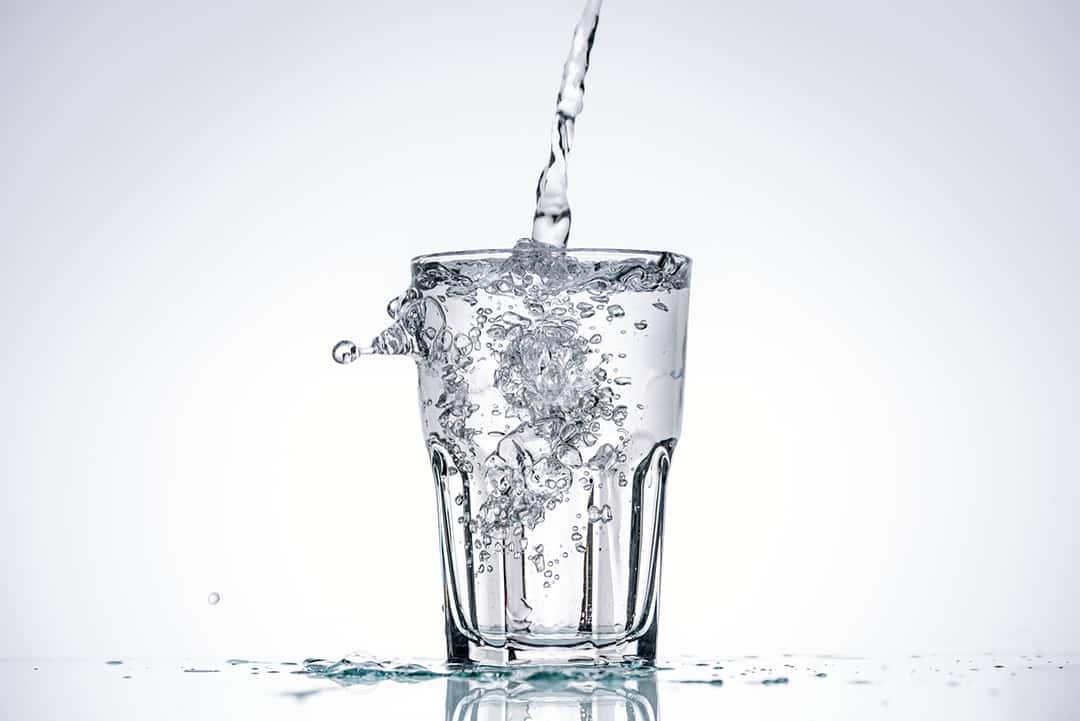 This clear wet substance is probably the one that we all let ourselves down by not drinking enough each day.

Considering that up to 60% of our bodies are made up of water, you would think it would be easy to be able to keep our bodies hydrated but for some reason it’s not.

Apparently, a litre of beer doesn’t count in your water intake each day, that’s probably where most of us guys go wrong.

I found Summer was easy to get more than a couple of litres in, but Winter always seemed to be a bit more of a struggle.

Nowadays I don’t really have a problem with my water intake as once again it is just part of my day. I just fill 2 or 3 litre bottles with water and make a point of finishing at least 2 but mostly the third one is gone by the end of the day as well.

So, What Have I Noticed?

Well apart from losing between 13-14 kilos, (I seemed to have hit a plateu at the moment), I now have more energy and just doing everyday things is a lot easier.

You see I also had quite a bit of inflammation in the joints and always thought “oh yeah, just getting older and that’s what I have to put up with”. But you know what? That’s not the case at all.

Unbeknown to me, just about everything I was feeding my body with was causing not only weight gain but most importantly inflammation and helping with the weird blood readings.

After a few weeks of changing the diet and adding some exercise, I noticed that the achy joints didn’t seem to ache as much. A couple more weeks after that and I was 95% pain-free.

I decided to do some research and found the number 1 causes of inflammation were Sugar, Refined Carbohydrates, Excessive Alcohol, Processed Meats, wow no wonder I felt like crap after Christmas, I was smashing all of this stuff.

These were all the things I consumed on a regular basis and now was paying for it big time. Bye, bye inflammation I have had enough.

I think upping the water intake to around 2.5 litres per day helped to flush the excess toxins away rather quickly too.

Another thing that started a change in what I was eating was when I contracted Ross River Virus back in January 2017.

Long story short, My doctor couldn’t do a thing about the pain and wanted to put me on Nospan patches to help with the inflammation but my wife (ex Pharmacy assistant) said “NO WAY” that’s a DD drug (Drug of Addiction).

That frightened the crap out of me too so fortunately one of Sony’s clients was undergoing treatment for it with her Naturopath with some great results. So I got in touch with her and within 2.5 months I was free of the pain, inflammation and the virus and have been ever since.

I’ll wrap it up here now and talk more soon about how I got my head around it all.

Until then, let us know what you think in the comments or on social media and if you have experienced any of these “problems”.