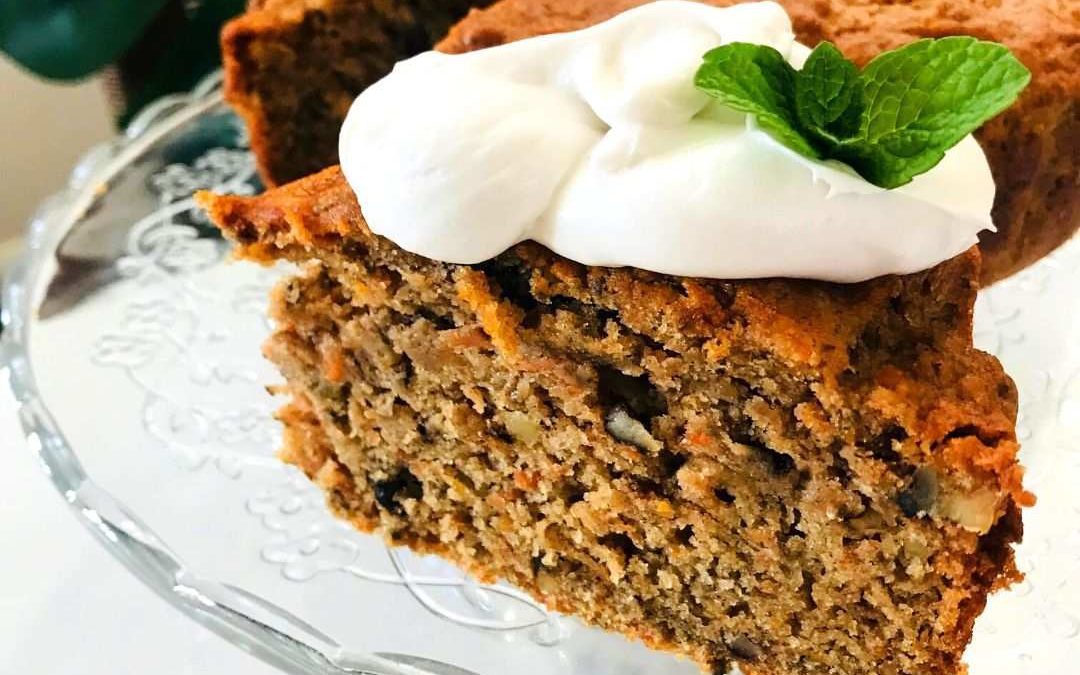 This Vegan Carrot Cake with whipped Coconut Cream frosting is so delectable you won’t be able to resist.

This is one of the best and simple vegan carrot cake recipes I’ve found. Not only is it yum but it’s full of awesome ingredients that not only make it taste so adorably good, but rises into one of the largest cakes ever.

And the Coconut Cream Frosting is so gorgeously smooth and silky with the hint of coconut and vanilla you’ll think you’re on a tropical island.

But you can decorate the top of this cake with whatever icing you like.  For a lower fat content topping, a vanilla glaze icing would be perfect too.

What is Vegan Carrot Cake Made Of?

The ingredients for this awesome vegan carrot cake are one’s you’re likely to have on hand at home. 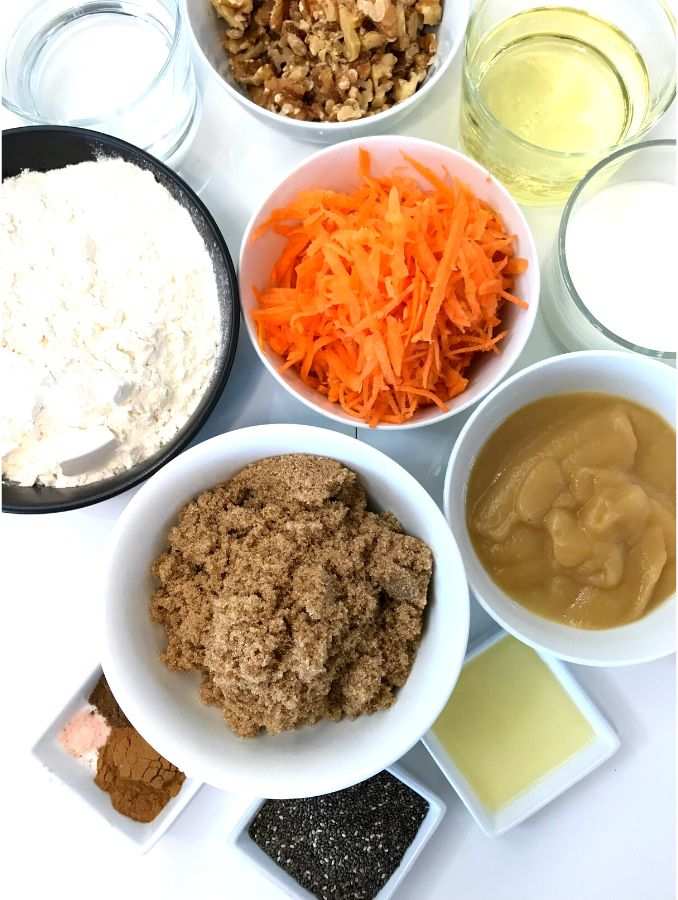 This high rise vegan carrot cake is due to a combination of the  egg-free raising ingredients – apple sauce, chia seeds, baking soda, lemon juice mixed with the self raising flour.

You’ll never have to worry about it turning out like a dense, weighty brick ever! 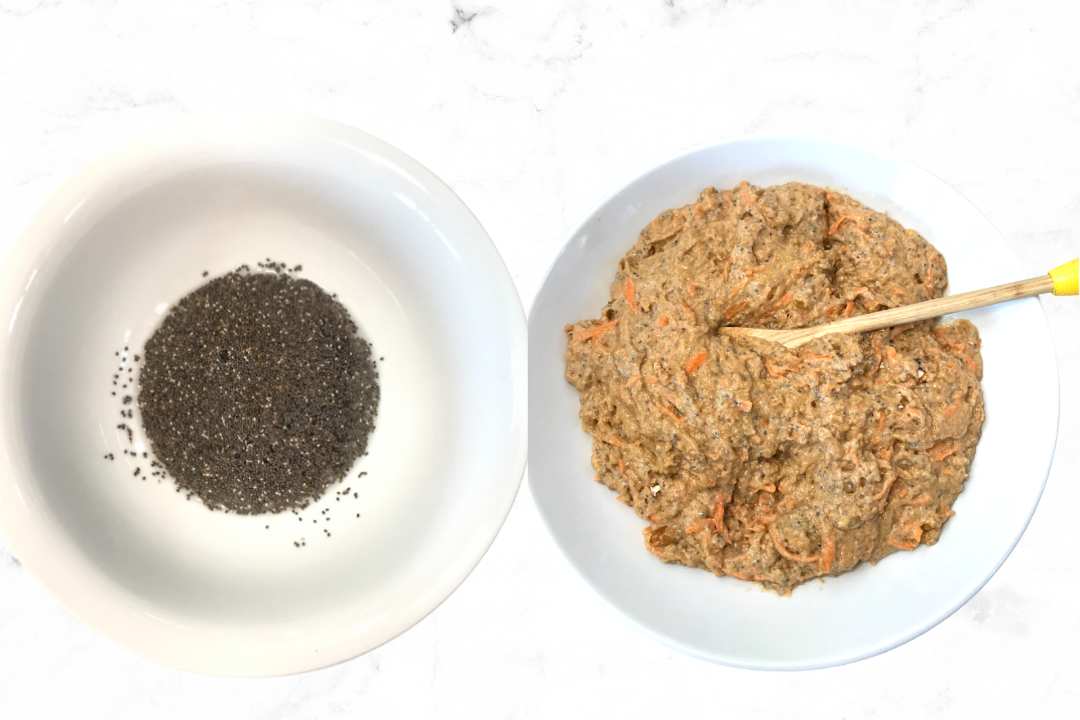 How To Cook a Carrot Cake

The mix for this Vegan Carrot Cake is rather large in quantity and will make a cake of around 10 servings.  I’m partial to a ring tin but at the time of baking only had a 22 cm sized round cake one large enough on hand.

In saying that it cooked perfectly in the 45 minute time. 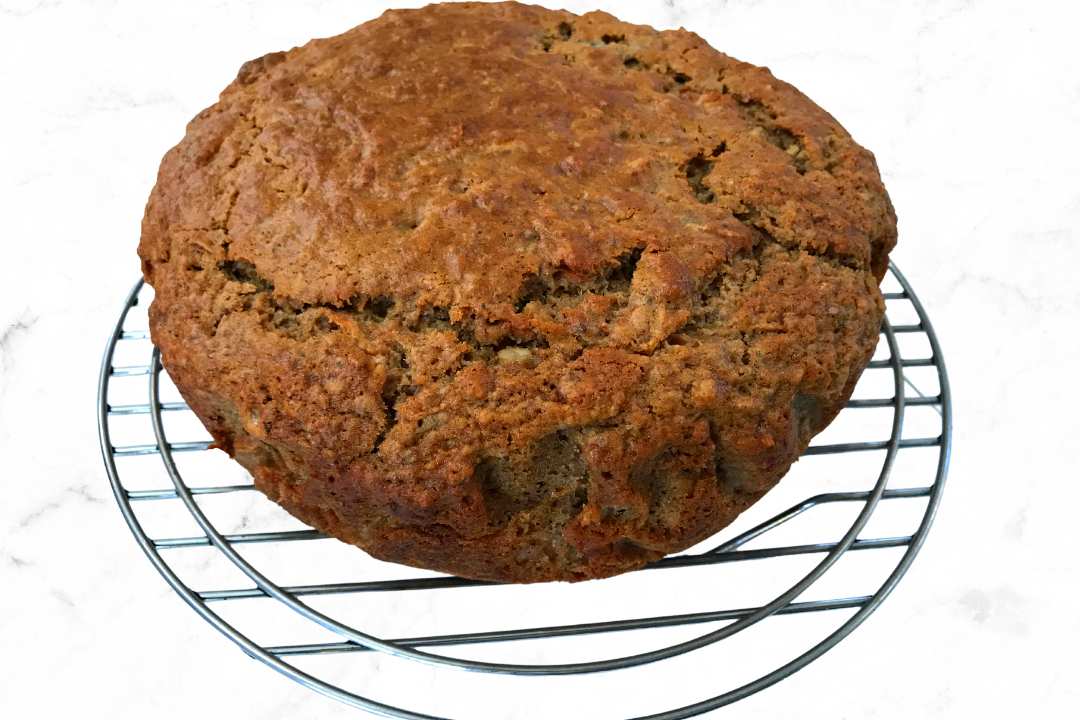 Does Vegan Carrot Cake Need To Be Refrigerated?

Carrot cake is often refrigerated only because the icing is made from cream cheese or in this case coconut cream and would normally spoil if left at room temperature.

For this recipe the whipped coconut cream was kept in the fridge while the Vegan Carrot Cake was kept in an airtight container at room temperature. Keeping your carrot cake in the fridge can make it become more wet and dense and in my opinion looses some of it’s great flavour.

We decided to serve the cake at room temp and pile on dollops of the whipped coconut cream right before serving.  Oh and it was delectable!

there are so many coconut cream brands available but for this recipe I used Whipping Coconut Cream which is different to normal coconut cream.

The ingredients in the coconut whipping cream contain a thickener making it easier to whip the cream into a stable consistency.  The thickener was organic tapioca starch

The tin I purchased was from our local whole foods store Bunya but also available in most supermarkets. 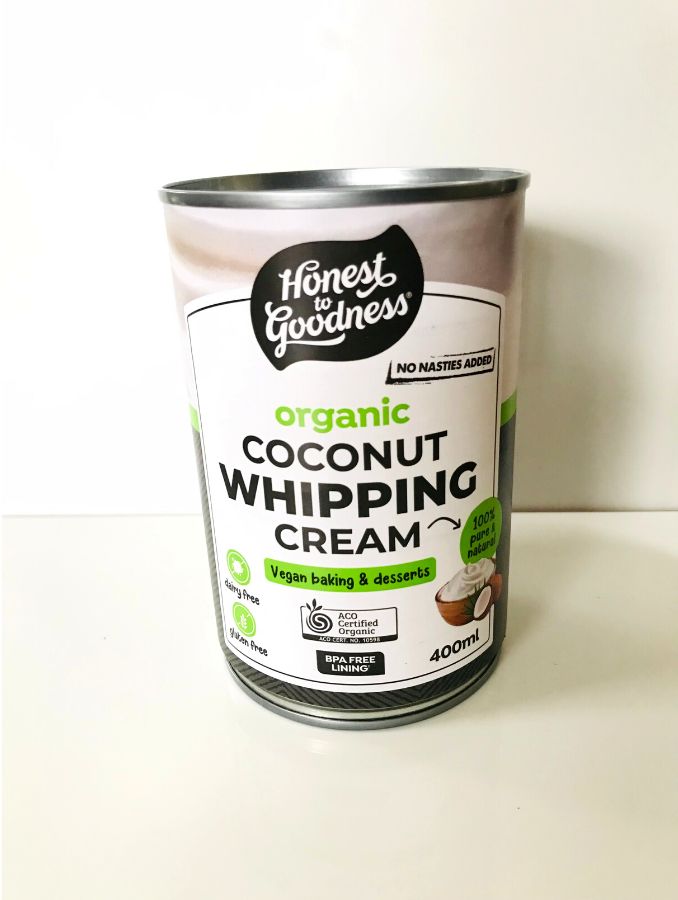 A light, fluffy and delectable vegan frosting for any cake

The coconut whipping cream is different to coconut cream.  This has been thickened with tapioca flour and is a much thicker consistency than regular coconut cream.

Want To Try Another Cake With Applesauce?

One of the best and moorish cakes that has been give the thumbs up is the Choc Chip Zucchini Loaf recipe. You can grab the recipe here.